Your ancestors developed key reflexes to protect you from danger in emergency situations.

Using these as a lens, I would argue that getting stuck in these emergency survival reflex patterns can literally begin to explain just about every malady I can think of. (Or at the very least, play a role in):

So how does it all work?

For my first trick, I will now attempt to make this mess of science as digestible as possible.

Okay so your brain as you know it is the product of MILLIONS of years of evolution.

Before your earliest ancestors had the luxury of conscious thought, every action and behavior was instinctive, reactionary, and subconscious.

In other words, you weren’t the boss – your DNA was. If you ever found yourself in danger, your ancestors had already passed on reflexes telling you exactly what to do.

(What’s FREAKIN COOL is that they can still be observed in all of mammalian life in the wild! I’ve got some videos for you later.)

New layers brought with them new survival abilities, and these hair trigger survival instincts would protect you from danger. They also eventually brought with them conscious thought which practically defines the human experience as you know it today.

These hair trigger survival instincts were not conscious ideas and plans, they were reflexes. They needed to be fast enough to protect you from immediate danger, so they’re given subconscious control.

Think of when a person “pushes your buttons” or says something to “trigger” you.

You don’t DECIDE to be triggered, it’s involuntary.

Some functions are voluntary, like moving your eyes to read these words.

Other involuntary actions include…

Involuntary functions are controlled by the autonomic nervous system (“ANS”).

Did you know you can actually slow your heart rate down, even though you don’t have conscious control of your heart?

Some functions are actually a little of both, like breathing (or blinking).

Conscious breathing can stimulate either branch of the ANS, depending on the technique. That’s why this stuff is fundamental to ancient physical practices like yoga or various martial arts.

// The Two Branches of the Autonomic Nervous System

The Autonomic Nervous System has two branches engaged in a perpetual dance, back and forth.

Every time you exhale, the parasympathetic branch gains some leverage.

Every time you inhale, the sympathetic branch starts to dominate.

There is also a third branch, the enteric nervous system. This controls gastrointestinal function (gut stuff), but that’s another discussion for another day.

For now, we will just focus on the sympathetic and parasympathetic branches.

You may have also heard of the “Rest & Digest” (aka Feed & Breed) branch. This is how we recover after stressful events to prepare for the next day.

The parasympathetic branch is the one that makes you feel heavy and cozy on Thanksgiving when you sit back in Grandpa’s La-Z-Boy recliner and begin to drool yourself to sleep after your third plate of food. It slows you down.

This is a time for healing and storing energy for later.

The parasympathetic branch is controlled by the vagus nerve (wiki). But apparently, the vagus nerve had a twin brother all along that nobody told us about until Dr. Stephen Porges got his hands dirty.

It seems the parasympathetic branch has two branches of its own, the Dorsal Vagal Complex and the Ventral Vagal Complex. The vagus nerve seems to have a front and a back.

This is the Polyvagal Theory.

The oldest survival strategy in our toolbox is the FREEZE reflex: immobilization with fear.

In response to major threat, this reflex shuts down your physiology to conserve resources.

This is the “fuck it” system.

As an example, my friend Teo reminded me of those days on the playground or track when you’re racing with someone.

You’re both running as fast as you possibly can.

If he pulls ahead just a LITTLE bit, you kick on the sympathetics and turn up the heat – “GET HIM.”

But, if he FLIES past you (and you’re already running as fast as you can), you lose all motivation and shut down – “I GIVE UP. WHAT’S THE USE?”

An interesting feature of this system is that is disconnects your physical state from your mental state. This explains why some people don’t feel pain very well. They may also feel disconnected from their bodies or emotions, especially after a major traumatic event.

This is the ultimate emergency system, the last card up your sleeve.

(Also the state where most trauma ends up occurring.)

Watch this opossum playing dead to survive an encounter with hungry wolves.

There’s only so much you can do when your physiology is frozen and waiting to die, so nature found a better way.

Mobilization with (or without) fear.

This is the stress response we’re all familiar with. With this system, your body releases a flood of energy and directs it toward your muscles. In an instant, energy metabolism kicks into overdrive and the organism can make a mad dash for survival – or fight to the death.

So for sympathetic, think ACTIVATE.

Here it is in the wild…

Mobilization without fear: Watch this cheetah turning up the heat to capture his prey.

…Or the pet chimp straight unloading the power of the wild on his owner.

Did you know this is also the system responsible for the grand finale when you’re having sex?

It’s the climactic release of that sympathetic energy that brings you back down to a feeling of calm and safety, the newest evolved system…

As mammals developed increasingly complex brains, we realized that this lone wolf nonsense wasn’t doing us any favors. We learned there was strength in numbers, so we began to form tribes and communities.

Except forming a tribe required a whole new skill set – the ability to decipher friend or foe.

Easier said than done! Even the great Julius Caesar got it wrong. 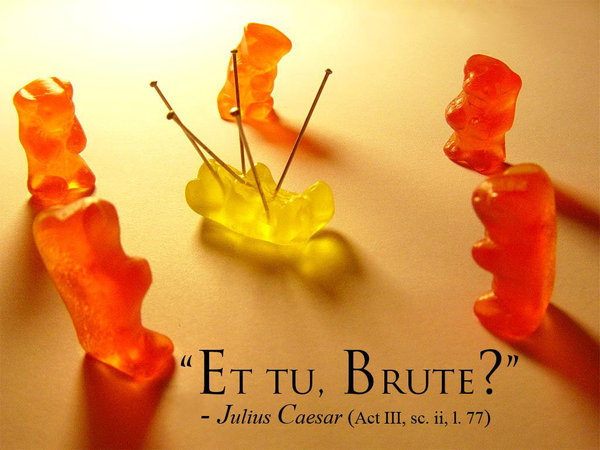 The third survival reflex is immobilization without fear.

Unlike the other survival strategies that seem to prioritize self-preservation, the ventral vagal complex is responsible for deep connection and social engagement.

It tuned our eyes, ears, and facial muscles to express the complex emotions we feel. This also helped us perceive subtle changes in the moods and dispositions of others.

At its extreme, forming deep, authentic connections with another person cannot occur until you allow yourself to be vulnerable. This requires you to find safety, specifically by dealing with stressors and suspending outstanding responsibilities so that you can be present enough with another person to “tune into ” them and their experience. This is what enables a shared experience as opposed to 2 experiences occurring simultaneously.

How hard is it to connect with that person who’s CONSTANTLY stressed and CONSTANTLY busy?

Well there’s a good chance they don’t – they’re too amped up.

Or when things go right, think of the perfect night with someone close to you after a little sexy sexy (your sympathetic climax). You relax into your lovers arms, surrendering all control before falling asleep.

At that moment you may be at your most vulnerable, but that’s the connection that will help to ensure your survival later on.

Immobilization without fear: normal social behavior in the wild.

To recap – here’s a framework that was very useful for me.

We have 3 different survival strategies:

– mobilization with fear (you are prey – run away!)

– mobilization without fear (you are predator – get him!)

I didn’t want to blast you with 10,000 words so let this serve as the backstory.

In the next article I dig into the MASSIVE implications of these systems on health, exercise, aging, therapy, family relationships, and just about everything in your life you could possibly imagine. I will even show you how to observe their effects in your daily life.